Have Apple Events become a repetition? The experts didn’t have very high expectations from this year’s Apple Event 2020. However, things differ for fans who are always waiting for new Apple devices every year.  1st Apple Event 2020 Date is which is not confirm but hopefully March 31, 2020.

Though there are three to four Apple Events every year on average. The latest Apple event in September was the most anticipated since devices like iPhone 11, iPhone 11 Pro, Apple Watch, and new Apple iPad is the hottest discussion. 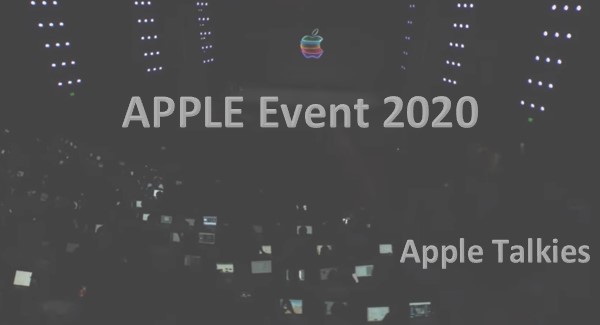 While you must be looking forward to reading the Apple Event Summary for 2019 and know about the details of the event, we are going to cover that for you. The following is the list of devices which got announced in the Apple Event 2019:

If you forgot to watch or missed Apple Event Live then don’t worry since we will be bringing every single detail about it in this article.

The Big Announcement: The Free Apple TV Plus Trial

Before we go into the other details, let us tell you about the big announcement that Apple will be giving free Apple TV Plus a one-year trial for free with every new Apple device you will purchase.

Apple TV Plus is Apple’s web-streaming service which they are launching to compete against Netflix and Disney+. Apple’s planned price of $5 per month will be lowest among any streaming service and this is how they aim to achieve success through this.

Let us move ahead and cover the newly announced devices in Apple Event 2019 alongside their specifications and upgrades.

This new Apple device iPhone 11 Pro and its new design with three cameras at the back are the reasons why you are witnessing so much internet memes. Though the critics and many users are bashing Apple for this design which they don’t deem quite innovative, the performance of the A13 Bionic chip is screaming something else.

Yes, they have upgraded their processor from A12 to A13 Bionic chip and the recorded performance benchmarks are quite high. We shall now move ahead and discuss each feature of this phone one-by-one.

The following are the specifications of the iPhone 11 Pro and Pro Max telling you more about these new Apple devices.

The processor of iPhone 11 Pro and Pro Max has been upgraded as well. In the previous models, Apple had A12 Bionic chip installed which they have upgraded to A13. According to their claim, this is the fastest mobile processor on the planet and the benchmarks in the presentation showed those.

The battery life of iPhone 11, iPhone 11 Pro Max, and iPhone 11 has been upgraded by 4 hours after increasing the battery capacity to 4000mAh. However, this battery backup is still 2-3 hours lesser than iPhone’s competitors and has been heavily criticized by many fans and experts. Also, the fast charging feature has finally been introduced which is quite late by Apple.

To enhance the camera result by increasing the wide-view angle and night mode, Apple has added three cameras. This design is being criticized as well and according to the experts, Apple clearly failed while bringing to bring anything innovative in the design as compared to their competitors like Samsung and Huawei.

The front camera of iPhone 11 Pro and Max is upgraded to 12 MP with the slow-motion feature. Now, this is another feature that failed to impress the critics but fans are quite happy about it so we can give Apple some marks for this.

People waited about 2 years for this iPhone 11 and to be honest, we don’t feel that there has been much improvement. There has been a step-up though that they have added another camera to the same design of iPhone XR. Also, a wide range of new colors has been added including black, white, purple, green, yellow, and red.

Some of the things which Apple has claimed about this new iPhone 11 is that it has the most powerful video recorder among its competitors besides the pro models. Only times will tell about this when we’ll get our hands on it and test the camera for picture quality.

Here are some of the top specifications of the iPhone 11 and their details.

iPhone 11 has finally been upgraded to dual-camera, although it has the same design as iPhone XR. The only difference between the two designs is this dual-camera which has 12 megapixels for ultra-wide picture and video recording. Also, a new feature called ‘smart HDR photo editing’ is now part of Apple new iPhone11 and we look forward to using it.

As for the display, there has been a slight upgrade and now iPhone 11 has a 6.1-inch liquid Retina display. According to their claims, your movie and TV watching experience on your iPhone is going to change completely, especially when you will start watching content on Apple TV Plus.

When iPhone X was launched, the substandard Face ID of the phone was criticized a lot. However, this time, there has been a clear improvement but since its competitors are doing so well with this feature, Apple clearly lags behind in this area.

Also, as compared to the iPhone XR, the battery life has only been improved by an hour which should have been better. Just like iPhone 11 Pro, iPhone 11 also 12 MP front camera with slow-motion video recording.

The only thing which might convince you easily to buy this iPhone is its price. For the first time, iPhone has reduced its price which starts from $699 which is $50 cheaper than iPhone XR and a lot cheaper than its competitors who are released every phone at a price of around $800 to $1000 such as Samsung’s Note series.

So these are the complete specs of iPhone 11, iPhone 11 Pro, and iPhone 11 Pro Max which are the three major devices under focus in Apple Event of September 10, 2019. Let us move ahead because we have still got more devices to cover which are of valuable interest to the people in the Apple event 2019.

The next big news is about the Apple iPad which eventually got its upgrades as well. It has now got a bigger screen, better battery time, Apple Pencil, and smart keyboard support. Though we still think that they could have done more to please their users who have been using the Apple iPad standard. Let us move ahead and discuss the Apple iPad specifications to check what is new about it.

Here are some new specs of Apple iPad 2019 and their details:

The screen size of Apple iPad has been upgraded to 10.2 inches which is massive given the fact that Apple is not a company that has been very generous at increasing the size of the screens in their other devices.

This could probably be related to them launching their Apple TV Plus web-streaming service so that the users can enjoy the content on a bigger and clearer screen.

However, the upgrade we liked is the A10 Fusion Chip processor upgrade which is definitely going to make your iPad even faster than before. Though if they had introduced a significant RAM upgrade, this would be better. This is because no matter how good the processor is, it does have performance limitations when a device’s RAM is not enough.

To increase the speed of work and operations, Apple has introduced both Apple Pencil and Smart Keyboard. Also, when you will be using these input features on a larger screen of 10.2 inches, it will be much more convenient than it ever was on an Apple iPad. The software updates are also available to optimize the working of Apple Pencil and Smart Keyboard.

For the first time, Apple has been very generous with the prices of its new devices. Even the iPad 2019’s price starts from $329 which is very cheap for most Apple users. The price tags of both iPad and iPhone 11 are pretty impressive which most of you can afford.

Apple Watch 5 is another of the most anticipated devices for which people waited a lot but did it meet the expectations? Well, as far as the design and heartrate update are concerned, we have clearly witnessed something new. The whole design was reshaped to give it a mesmerizing look even though the subtle nature of the updates is still under discussion.

The heartrate sensor accuracy has improved a lot in this new Apple Watch Series 5. Also, the health app got its updates for this feature as well and the new Apple Research App looks quite appealing. With this research app, even casual users can be a part of the research.

We have already told you about the upgrades related to the health niche. Here are some other important specifications of Apple Watch Series 5.

The operating system installed in Apple Watch is Watch OS. For Apple Watch Series 5, a new OS called Watch OS 6 is now available which comes with some new massive updates. You can start pre-ordering the products from September 20 and get many free allowances.

Besides the Apple Watch OS, the battery life of Apple Watch Series 5 is now 18 hours. This is solving a huge issue with the previous apple watches. You will now be planning and doing all of your activities without the tension of running out of power.

Apple leads its competitors on several intelligent features. One of the key features is its Retina Display which it uses in all of its devices including Apple iPhone, Macbook, iPad, and now in Apple Watch as well. This new Always-On Retina Display looks very impressive where everything is a true example of clarity and has several automatic features.

The built-in compass is also a splendid addition to the Apple watches series 5. Also, Apple will keep releasing the updates for this software feature which is more accurate than ever. Some improvements were also made to the Emergency SOS which is quite impressive.

The body of the new Apple Watch Series 5 comprises of stainless steel, aluminum, and new titanium casings which not only look cool and impressive but also durable. The drop test of the product on different online channels mesmerized the experts. Also, you will be paying for the style statement that never fades away.

So this was a complete summary of Apple Event 2020 in which we told you about the newly revealed devices by Apple. If you are looking forward to getting more updates, keep visiting our website.